Blossoms into Gold: The Croatians in the Pajaro Valley with Donna F. Mekis and Kathryn Mekis Miller 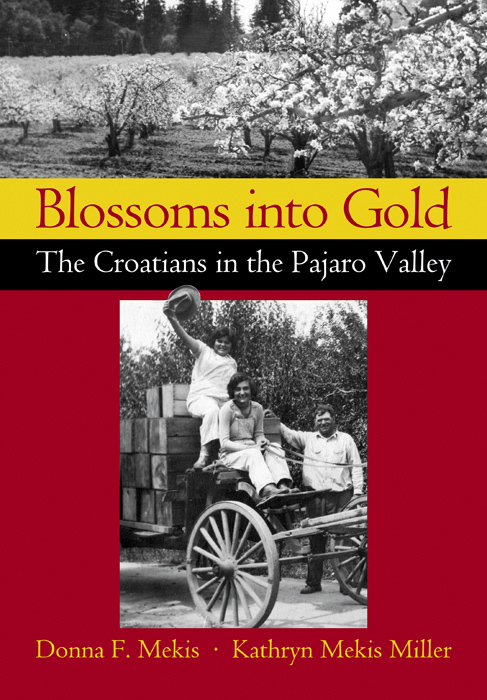 Blossoms into Gold: The Croatians in the Pajaro Valley with Donna F. Mekis and Kathryn Mekis Miller

This event has been rescheduled from May 1st to July 24th.
Please join us for a reading and conversation with Donna F. Mekis and Kathryn Mekis Miller, authors of Blossoms into Gold: The Croations in the Pajaro Valley. Introducing the authors will be George Ow Jr. and Sandy Lydon.

“In this detailed and warmly human history, Donna F. Mekis and Kathryn Mekis Miller chronicle and celebrate the story of an entrepreneurial immigrant group in a favored portion of the Golden State.”
—Kevin Starr, University of Southern California

Of all the immigrant groups who flocked to California in the last two hundred years, probably the least known are the Croatians of the Dalmatian Coast. Often identified as Austrians, Slavonians or Dalmatians, they came from a glorious background of international traders, sailors, and political thinkers few people in America knew about, and brought with them knowledge that would change the way the United States did business. At the same time, they transported their customs and beliefs to their new home and established a way of life that was vibrant and rich in traditional folkways. Join the authors of Blossoms Into Gold as they tell their story for the first time, from their fabled past to their economic innovations in the Pajaro Valley.

Co-sponsored by The Humanities Institute at UC Santa Cruz.

Presented by Special Collections & Archives at UC Santa Cruz, as part of its Speaking of Archives series. 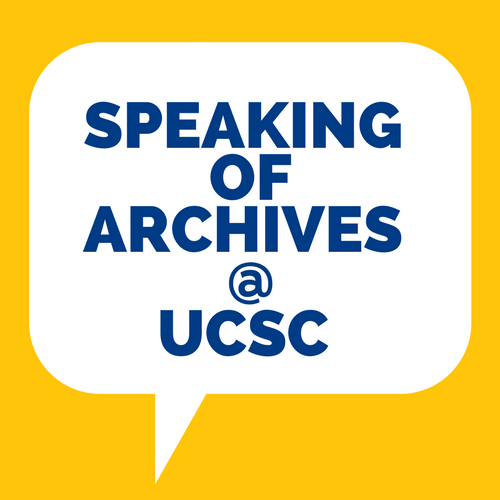 Donna F. Mekis holds degrees in both Anthropology and Education from UC Santa Cruz. She has had a forty-year career in higher education, working at both UC Santa Cruz and Cabrillo College. At Cabrillo, Donna developed and directed both the Transfer Center and the Honors Transfer Program. Recently she served as the President of UCSC’s Alumni Association, and is currently a Trustee on the UC Santa Cruz Foundation Board.

Kathryn Mekis Miller did her undergraduate and graduate work at UC Berkeley. She and her husband Marshall Miller opened their first retail store in Santa Cruz in 1971. They have developed a number of successful businesses under the umbrella name Sun Shops, which has now become a second-generation Santa Cruz business. In 2009, Sun Shops was honored as the Business of the Year by the Santa Cruz Chamber of Commerce.